Wednesday 8th June is Tampon Alert Day and it’s got us thinking about Toxic Shock Syndrome (TSS), a thankfully, rare, but serious illness. TSS is caused when toxins of the bacterium Staphylococcus aureus enter the bloodstream, overwhelming the immune system causing inflammation and a dangerous drop in blood pressure, resulting in multiple organ failure and in severe cases, death.

We all heard the horror stories at school but most of us probably thought they were old wives’ tales… or highly exaggerated at the very least. Well, try telling that to model, Lauren Wasser, who lost her leg after contracting TSS from a Kotex tampon. Scary stuff.

If you wear tampons, we think it’s important that you know the facts about TSS. Whilst all tampon manufacturers have to carry warning about TSS, the causes of it are not fully understood and the role of tampons remains unexplained. Indeed, TSS can appear in men as well as women and the staph bacteria is commonly found in safe, manageable levels in the nose, throat and vagina, of healthy individuals.

So, why do you need to be careful when using tampons? One theory is that the tampon itself becomes a breeding ground for the bacteria and when it is left inside the vagina for too long the bacteria reaches potentially dangerous levels, which is why all manufacturers and health professionals recommend that you change it every 4 to 8 hours. There is also some concern that fibres which shed and remain in the vagina can become a host to bacteria.

Another theory is that the fibres of the tampon may scratch your vagina, causing small cuts, which allow the bacteria or the toxins to enter the bloodstream. This means that whilst you shouldn’t leave your tampon in too long, you shouldn’t be changing it too regularly either and you should always use the lowest absorbency for your flow – inserting and removing dry tampons too regularly is likely to increase the chance of small cuts.

Getting the balance right is essential but we also think it’s important to consider what your tampon is made from. It is a fact that viscous rayon (the synthetic material used in most mainstream tampons) amplifies the toxins of the staph bacteria more quickly than cotton and cotton is less likely to cause small cuts inside your vagina.

According to Dr Philip Tierno, a very well respected professor of microbiology and pathology at the New York University School of Medicine, “I have never, ever – in all my work with TSS – ever had a result of all cotton tampons resulting in toxic shock. All current tampons made by major manufacturers are mixes of viscous rayon and cotton.”

As you can see, it’s important to be careful whatever your tampon is made of but we think it makes sense to use organic cotton because it is the safest option of any fibre. And, before you run for the curious moon cup hills (which have also been linked to TSS by the way), there are ways to reduce your risk of TSS without ditching your beloved tampon:

Did you know that the risk of contracting TSS is higher in adolescents and women under 30 than in older women?

Symptoms of TSS include:

Be aware that not all symptoms may be present. TSS can appear during your period or a little while later. It can advance rapidly with flu-like symptoms, to a serious illness with fatal consequences. If you have one or more of these symptoms, remove your tampon and phone your doctor straight away.

Time for a change?

Periods in 2019: Why this has been a powerful year for periods

4 ingredients to be aware of in conventional period care 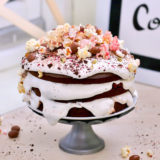 What’s inside your tampon? 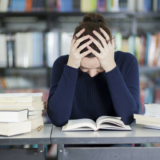 Dealing with periods at school