Periods are powerful, natural and an important part of our well-being, yet they are often met with negativity and shame. We’ve been speaking to people in our community who have been sharing their own, very real experiences of period shame.

It was recently revealed that 1 in 5 young women in the UK has experienced bullying about periods, with 67% of teasing and bullying about periods taking place in school. 66% of the girls surveyed reported missing part of or a full day at school because of their period and 40% of these reported struggling to catch up on schoolwork as a result.

Period shame leads to societal issues that impact female health and well-being across the world. Not only are girls missing school, which affects their education, but those suffering from menstrual health conditions are keeping quiet or not being taken seriously by doctors and subsequently having to wait years for a diagnosis. For a shame-free society, we ALL need to turn our backs on the period stigma.

To help us see how real and prominent the stigma surrounding periods is, people in our community are sharing their stories of period shame:

“I’ve experienced period shaming from an ex-boyfriend of all people. Unfortunately, he, on more than one occasion, made fun of my period. In particular, he referred to my pad as a ‘nappy’. This felt belittling and humiliating and made me feel unattractive every time I had a period. Let’s just say he is an ex for a reason!

“I was in school on a trip to France. I was 11 years old and wasn’t expecting my period that week! I wore a white skirt on a boat ride down the River Seine. I stood up to look the other side of the boat and all the other children on the trip started pointing and laughing. It turns out I started my period! To say I’ve not worn white bottoms since is an understatement.”

“I got diagnosed with Endometriosis and PCOS in 2017 after suffering for 15 years. Before I got diagnosed, I had to miss school, uni and work because of my periods. I also got fired from a job because I had to take time off. Doctors, friends and colleagues all wrote me off, saying it was just a bad period and that I didn’t have much of a pain threshold.

An ex-boyfriend used to complain if our plans had to change because of my period. One night I had really heavy flooding and I asked him to get me some sanitary towels and he got really uncomfortable and complained to our friends the next day that I’m really high maintenance when I have my period.”

“I started my period really young. I got bullied by some of the guys in my year who called me disgusting and deformed for having my period so young. It got so bad that we had to have an emergency sex ed class encompassing periods, which only made it worse when the guys realised blood was involved. They continued to shame girls afterwards.”

We’ve come a long way over the past few years. Change is happening. Menstrual wellbeing will soon be taught in schools across England, schools will be providing free period care, NHS inpatients will be given period care as an overnight essential. Plus, periods have hit the mainstream media with a documentary about periods recently winning an Oscar and the soon-to-be-released a period emoji. Our voices and actions to break down the taboo are making a difference. There is still a long way to go, so let’s keep breaking the stigma.

How can you help break the stigma?

There are so many ways you can get involved and contribute to breaking down the stigma surrounding periods and menstruation. Here are a few:

– Have open conversations with your friends about your periods and the symptoms you get. The more we do this, the less periods are a secret that needs to be spoken about in hushed tones.
– Use positive language to describe your period to re-frame people’s thinking/mindsets about them.
– Don’t hide your pad/tampon up your sleeve when you go to the toilet. This reinforces the idea that these products should be hidden.

Have you experienced period shaming? Let us know in the comments below or come and chat to us on socials! 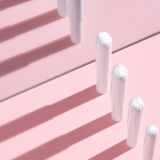 Is it time to wave goodbye to plastic applicators? 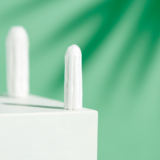 Free tampons in the office: Why should employers provide free period care?