Bloody Hell is a short film which follows the story of a teenager anxiously waiting to get her first period. Here, we caught up with Director Katharina Hingst to talk about the concept of the film, the inspiration and of course first periods!

Could you please tell us a little bit about yourself?

“I was born 1988 and raised in Germany where I was adopted at 3 days old with a mixed background of Puerto-Rican, Brazilian and Greek origin. I’ve spent my youth in Berlin and started travelling the world pretty much as soon as I had a passport. I have since lived in Puerto Rico, London and the US. I started working in the ﬁlm industry in 2011 and have spent most of my career working as an Assistant Director on major motion pictures – my fortunate equivalent to going to ﬁlm school. After years of on set and production experience, I have been focusing on developing my own projects aiming to add a strong female voice to the male-dominated ﬁlm industry”.

What’s the Bloody Hell ﬁlm all about?

“Bloody Hell tells the intimate story of a teenage girl anxiously anticipating the start of her ﬁrst period. While experiencing PMS for the ﬁrst time, she is desperately trying to “shed her skin” to complete her transformation and enter womanhood.”

What motivated you to create a ﬁlm about ﬁrst periods?

“I have always struggled a lot with PMS even though I only found out that PMS was a thing when I made this ﬁlm. It really hit me hard to realise that the pattern behind my uncontrollable mood swings, spells of depression and impulsive rage wasn’t due to unstable mental health but my HORMONES. The question of why I and so many fellow ladies had never heard or talked about PMS before was the beginning of exploring my period and the female cycle in the context of our male-dominated society. To cut a long story short – the ﬁlm needed to be made to make periods less of a taboo topic and create a platform and comfortable setting for us to talk about it, start the dialogue and learn about or bodies.”

What do you remember about your ﬁrst period?

“I remember the date I started because I thought it looked cool when I wrote it in my diary: 11.1.1999 – apart from that I remember that I had read about that “stuff” in BRAVO a German teen magazine (pretty much our bible) but I had no clue what it actually meant. I was a competitive swimmer back then and I remember having to go to practice that day completely overwhelmed by the idea of bleeding and having to go in the water. The concept of tampons did not appear to me then and I was intimidated by the thought of having to put something up my vagina. So I stuck to pads and made an excuse not to go to practice – for a week… Apart from me feeling self-important with a massive change in behaviour (feelings of rage, anxiety, sadness, emptiness) I kind of knew that starting my period was going to be a game changer but never talked about it with anyone. Unfortunately, I never learned anything about my cycle or my impulsive mood swings which were always just blamed on puberty.”

The ﬁlm shows Camille battling with PMS symptoms, how do her emotions change in the ﬁlm?

“PMS is different for everyone, so I wanted Camille’s emotional journey to feel as relatable as possible amongst all kinds of different girls – Her struggle begins in the morning with waking up on her 16th birthday and instead of feeling excited she just feels nothing. Driven by careless emptiness she moves on to a feeling of boredom and lethargy. An impulsive idea sets her mood off and she breaks out in a destructive rage episode followed by an impulsive hair dying session that leaves her exhausted and hungry. As if summoned by an invisible force her munchies draw her to the fridge where she loses a sense of all surroundings and reads mesmerised about the menstrual cycle, from a book she has comfortably positioned inside the fridge. Reenergised and ridden by the mission to transform and shed her skin her next momentum could be called activism and attack. Over the disappointment of her dark hair not having changed a bit she ﬁnds the climax of her emotional rollercoaster in a magical ceremony conjuring her period to ﬁnally set her free. The ﬁlm ends with just that – the last emotion I wanted to show was sunshine after the rain, because no matter how hard the struggle there is always light at the end of the tunnel in every cycle.”

How do you think the ﬁlm could beneﬁt those getting their period for the ﬁrst time?

“I think it’s a great start to portray periods not as a gross embarrassing inconvenience but as a beautiful and magical transformation that portrays women as powerful and mystical beings instead of choleric nut cases. The ﬁlm can help to make them feel less alone and inspire young girls to dig deeper than what society provides and start interpreting their periods in a more creative and self-loving way.”

Do you have any ‘ﬁrst period’ advice?

“My advice to all females and males is ‘don’t be afraid to ask questions.’ I want periods to become a normal point of conversation that doesn’t have the cringe effect it used to. Especially when it comes to mental health in regard to hormonal change don’t suffer in silence ask for help. If you don’t have that kind of relationship with your parents, try to be your own teacher and start looking for literature that helps you learn about your body. A great book I love is “Red Moon” by Miranda Gray I wish I had read this when I started my period. “

What are your future plans for the ﬁlm?

“I want this ﬁlm to be accessible for girls no matter where they live so I’ve decided to do an online release before festivals. The ﬁlm has had great sharing and online feedback so far and has also been submitted to several festivals to hopefully screen at a few this year. o How can people support the ﬁlm and the Bloody Hell project? The best way to support the mission is to spread the word not just about the ﬁlm but also within your on social circle. Try talking about your experiences with your friends or people you trust. Maybe the ﬁlm can inspire people to deal with the subject from an artistic perspective and help us make a change to embrace womanhood with all the challenges it can bring. We have also made a ZINE (available on our Etsy shop) with personal period and PMS related stories and art work from women around the world interpreting their periods that gives great inside and inspiration.”

Big thank you to my wonderful cast & crew:

You can watch the Bloody Hell Film here (if you’ve not done so already!) A HUGE thanks to Katharina for sharing the story behind the film. You can also follow the Bloody Hell film on Instagram for updates and to show your support.

For more period powerful profiles, check out this one with Beth Fuller, the founder of positivity and empowerment platform Noa Vee. 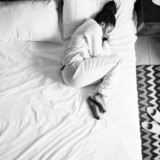 Menstrual Health: What You Need to Know About Fibroids 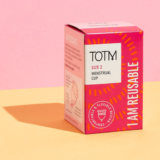 Getting caught short abroad: My story of switching to a menstrual cup