At the tender age of 15, Leanne founded ‘The Movement Factory’. Through this vision, Leanne has successfully fundraised over £250,000 to run community dance programmes and events all over London, Kent and Surrey.

Leanne’s credits include work for Nike, Kelly Holmes Education, The Rio Ferdinand Foundation, Pimlico Plumbers, Mr Delicious UK, Ed Tracey, Southbank Centre, The Media Trust, Houses of Parliament, Gordon Brown and she has been featured in and on media outlets such as Sky News, BBC News, The Sun newspaper, Metro and the guardian.

Leanne self-published her first book at the beginning of 2016 titled ‘Take Control’. This is a self-help style book aimed at 18-30-year olds. It details her life hardships as a victim of sexual abuse and a troubled businesswoman battling depression. More recently Leanne was named ‘Chief Executive Officer’ of the world iconic brand Pineapple Dance Studios first charity – ‘Pineapple Community’.

Being diagnosed with breast cancer

Sadly Leanne was diagnosed with stage 3 breast cancer at the end of 2016. After successfully completing a gruelling course of chemotherapy and undergoing a bilateral mastectomy she was given the all clear in the summer of 2017. She went on to set up her own cancer charity, ‘The Leanne Pero Foundation’ in 2019. Leanne then founded the UK’s first ever all Black female cancer exhibition ‘Black Women Rising – The Untold Cancer Stories’. This is aimed at spreading some much-needed awareness amongst the BAME (black, Asian and minority ethnic) community.

You founded The Movement Factory at the age of 15, what motivates you as an entrepreneur?

“Seeing the difference, it makes to young people’s lives and seeing the success stories. I celebrate 20 years next year, so I’ve seen a lot of young people who have taken part in my various community dance programmes use the key skills they learnt from dance to make and build successful lives personally and professionally.”

What motivated you to start Black Women Rising UK and what are the objectives behind this project?

“Whilst undertaking round after round of gruelling chemotherapy and back to back operations (including a double mastectomy) my mental health took a huge battering. I soon realised the emotional support that I was promised at the start of my treatment – although very much needed, was practically non-existent. I began blogging about my cancer experiences online in order to reach and connect with other members of the cancer community. I was left overwhelmed by the huge outpouring of admiration from fellow BAME female cancer patients, like myself, echoing my experiences with the inadequate emotional support and referral services offered by the hospitals they were being treated at.

Traumatised by their ordeals, most women who I spoke to were seriously suffering – not just during treatment but many months, even years after. I soon became an ear for many of these women. I was presented with stories from women who had been banished from their families and communities because of their cancer diagnosis. These women were told cancer ‘wasn’t a black disease’. They had family members disappear from their lives because they were too scared that they may catch it. Women had been told their cancer was a curse/ karma for bad things they had done in the past. Many women who had lost their hair through treatment didn’t receive their free wig they were entitled to because their hospital had run out of the wigs in the “Ethnic Section”. Even more shockingly, some women were advised against vital lifesaving cancer drugs because they were ‘ungodly’. The judgement and stress put on these women had led to severe depression, permanent hair loss and even suicidal thoughts to name a few.

In March 2018 I set up ‘The Leanne Pero Foundation’ to house my cancer initiatives. My first project ‘Black Women Rising’ was launched, a FREE, safe, friendly meet up group for BAME women. My first group was oversubscribed and the mission was clear – cancer needed to become part of the wider conversations within the BAME community”.

The ‘Black Women Rising – The Untold Cancer Stories’ exhibition took place end of March, what has the response been like?

“I have been overwhelmed by the response! Seeing the support and love that, obviously evidences the need for the project, has been mind-blowing. For the first time, I’ve not been able to reply to all the messages and emails I’ve been receiving because of the sheer volume of those wanting to get involved. It’s been brilliant but shows there is so much work needed to be done to get BAME cancer patients more visibility”.

If anyone missed the exhibition, how can then get involved and support your project?

“We are taking the portraits on a mini tour later this year and we are going to be doing this all again with another set of ladies- so please do email us if you want to register your interest [email protected] You can follow us on Instagram @blackwomenrisinguk @leanneperoofficial we also run a FREE bi-monthly peer support group so for those who need support please so contact us.” 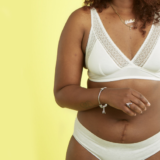 Is eco-friendly underwear kinder to your vagina? 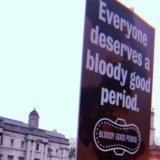