We’ve rounded up the big period news stories of the year. 2019 has been a powerful year for periods!

Menstrual wellbeing to be taught in English schools:

It’s SO exciting to see that children in both primary and secondary school will now be taught about menstrual wellbeing. Instead of a brief overview of what a period is, children will now learn all about what is and isn’t normal for their menstrual cycle. This is a huge step towards breaking the taboo surrounding periods, as it drives conversations. It is also a step towards reducing diagnosis times for menstrual health conditions, as children will have the confidence to seek help earlier on and will identify symptoms earlier on. On a larger scale, if these children grow up to become doctors, they will be equipped with the knowledge of menstrual health conditions to make a diagnosis earlier on.

Those with menstrual conditions, such as Endometriosis, have been among those who are celebrating the changes. Endometriosis UK trustee Alice Smith was responsible for starting the petition that called on the government to teach menstrual wellbeing in school. According to Alice, “education plays a really important role in teaching young women how to talk about when their bodies aren’t functioning properly.” She admits she probably would have gone to see a doctor sooner had she received better menstrual education in school and wouldn’t have put up with such horrific periods thinking they were just normal.

The world’s first period emoji launched! A few months back, a red droplet emoji landed to celebrate and normalise periods. The campaign for the period emoji was led by global women’s rights charity Plan International UK. It received support from more than 50,000 people!

The charity pushed for the emoji to make it easier to talk about periods with friends, family and partners. Although the emoji isn’t going to completely solve the stigma around periods, it can help change the conversation and is a great start. Ending the shame around periods begins with talking about it.

It was announced this year that the NHS England will provide free period care to patients who need it and it will be mandatory.

Getting caught short on your period is an uncomfortable and stressful situation. After all, tampons and pads are essential items so should be readily available in these spaces! The NHS providing these products supports patients and doesn’t leave them feeling stressed in what can already be a stressful situation. It will also allow patients to focus their time on recovering.

A documentary about periods won an Oscar! We can’t quite believe we are saying that. This is a HUGE step to driving conversations about periods. Period. End Of Sentence won an Oscar for Best Documentary Short. It captures the story of women in Hapur, Dalhi as they begin making period care so it is more easily available. It explores the taboo surrounding menstruation and how the attitudes around menstruation impacted the women’s ability to get an education and seek work. If haven’t seen it, the film is available on Netflix UK.

Scotland has been committed to fighting period poverty and became the first to offer free period care products to students in schools, colleges and universities in 2018. The number of places in Scotland these are readily available is growing, with libraries and leisure centres starting to offer free products.

Schoolgirls in England and Wales to get free period care:

It was announced in Spring that English and Welsh schools will get free period care for pupils in a bid to tackle period poverty. It’s amazing to see these essential products becoming readily available! 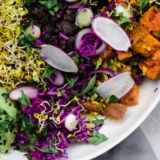 This EndoLife: The book helping you to live and thrive with Endometriosis 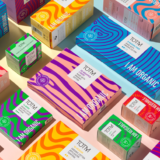 We’re crowdfunding! Own a piece of TOTM’s future.